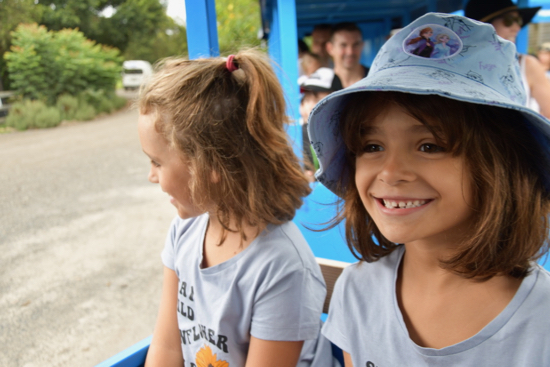 For most children social development occurs through the natural progression of the different elements of play. Usually by 4 children will be interested in making friends, begin to initiate play, enjoy being involved in group activities and are well on their way to learning the social etiquettes of play.

But for a lot of children, especially those that are neurodiverse this simply isn’t the case. By age 4 signs may begin to appear showing that social skills are very much behind that of their peers and families might start to question their development in that area.

Perhaps names like social disorder, social communication, pragmatic language disorder, social pragmatic skills are being thrown around by preschool educators or therapists. Raising concern, while having you also question what those fancy words even mean for your child. There is a common link between lack of social skills and autism, which may be what leads many parents choose to go down the diagnosis route.

Long story short, autism and social communication disorder (SDC) are not the same thing. A child will not be diagnosed with both. A child may be considered to have Social Communication Disorder if they exhibit delayed social pragmatic skills but don’t have any of the other characteristics of autism (ASD). Children with ASD often have difficulty with repetitive behaviours, narrow interests, ritualistic behaviours, and emotional regulation.

Social communication disorder affects a child’s verbal and non-verbal communication for social purposes, it is characterised by difficulties in social interactions, social cognition, and pragmatics. Children who have SCD have trouble interacting with others, following social rules, understanding context and tone and the meaning behind words.

In the world of child development there is quite a wide range of what is considered ‘normal’ and with most delays children can often catch up. Most of the time issues will show up before they start school, so by 4 years of age social delays may begin to become more evident and prominent.

6 examples of delayed social development for a 4 year old

-being able to communicate verbally and/or nonverbally effectively through conversations

-being involved in conversations that involve turn taking

-showing interest in others when they are talking

-asking for and sharing information.

A child with a delay in social communication skills may enjoy the speaking part of a conversation but not so much the listening side. Essentially it means knowing what, how and when to say things, it’s a skill that is often beginning to form by age 4.

Although my daughter had well developed language skills at four years old, she very much struggled with social communication and being able to express her feelings. She had no interest in being a part of social play and was very much still in the earlier developments of play. She was unaware of how to take turns, continue with play, enhance play through imagination and effectively engage and interact. Her autism is the reasoning behind her struggles with age-appropriate social development and is something that will continue to be difficult. Having a delay in social skills doesn’t always mean that a diagnosis is on the cards and sometimes children will catch up in their own time. But being aware of how your child is developing socially can very much assist in getting the right help if its needed. It is also useful to be aware of social delays so that appropriate intervention strategies can be developed to assist in providing the skills to become confident participants in social situations.