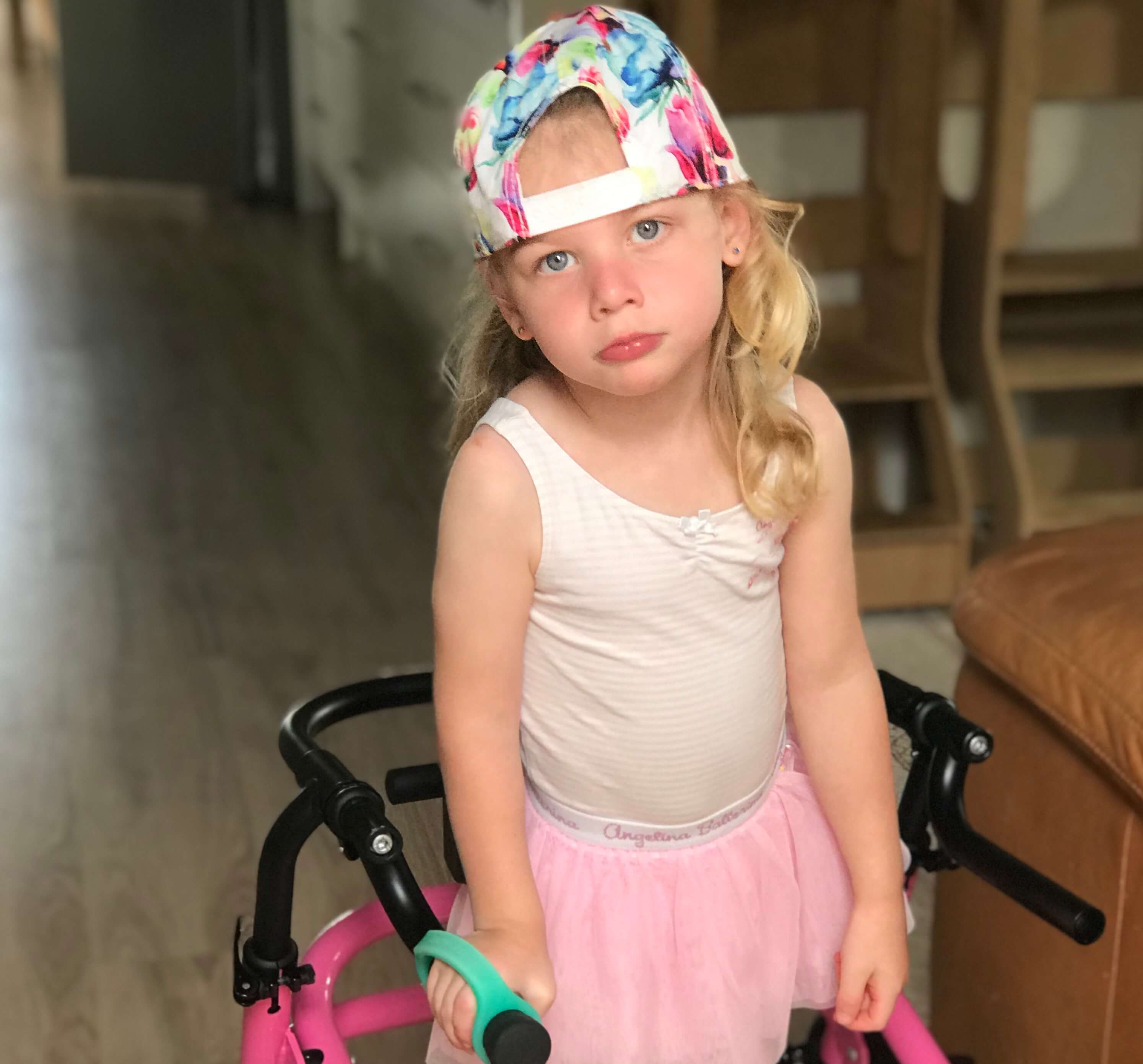 What is the difference between a temper tantrum and an autistic meltdown?

If you’re a parent with a child under 3 then you have most definitely witnessed your fair share of temper tantrums. Those little darlings throwing themselves on the floor in the middle of a shopping isle because you so daringly said no to the lollipop they so desperately needed! Or a favourite of mine “The sun is too bright! It's in my eyes, turn the sun off!” followed by dramatic crying and carrying on because how dare the bloody sun shine.

More often than not you give in and buy the dam lollipop even though you know that you shouldn’t. But hey, sometimes you just need to keep your sanity in check. The sun is a different story, no possible way to give into that very ‘sane’ completely ‘rational’ demand. But usually a cuddle and a reassuring ‘mummy can’t turn the sun off, I think your eyes just might be a little tired’ will often suffice.

That’s the thing with tantrums; they are goal oriented and require attention. Once our little humans are content with the notice that has been shown, the source of the tantrum has been given in to or noticeably been ignored; it's time to move on.

No doubt tantrums can be tiring and sometimes stressful for parents. But being a parent to a child with autism takes stress to a whole new level. An adventure where all the usual tips on ‘what to do when….’ Or ‘how to deal with….’ Completely gets thrown out the window; it’s an entirely different parenting journey – just as temper tantrums and autistic meltdowns are worlds apart.

So, what is the difference between a temper tantrum and a meltdown?

Here it is in a nutshell;

-Tantrums are goal oriented while meltdowns do not have a purpose.

-Young children have tantrums and are able to outgrow them whereas meltdowns can last a lifetime.

-Tantrums stem from frustration from not getting what is wanted or from being overtired. Meltdowns are an intense response from overwhelming situations and environmental triggers. They do not have a purpose.

-Tantrums need an audience while meltdowns occur with or without anyone around.

-Tantrums can be stopped, Usually by getting what is wanted, being ignored or receiving attention. Meltdowns cannot, they can be extremely difficult to manage and there is no simple ‘quick fix’.

-Tantrums are not too intense and not often harmful whereas meltdowns can be frightening and dangerous at times, there is no emotional regulation.

It is important to understand the difference so that autistic meltdowns can get the help and recognition that is needed. They are not the same, not even close. Too many times when my daughter was younger and in the early diagnosis stage I heard ‘But all kids have tantrums’ or the sharing of what was considered to be relatable stories. Yes all from a kind place of trying to understand but the reality is they are so different and leave parents of autistic children feeling even more alone and defeated.

Tantrums require a specific response but trying to give a meltdown the same response will only extend the meltdown and worsen the situation.

Some other grand traits related to autistic meltdowns is that they can be triggered by an array of different causes, reactions can be completely dissimilar and calm down tools and strategies will often need to be altered depending on the situation. Brings a whole new meaning to keeping you on your toes, right?

What causes an autistic meltdown?

While Autistic meltdowns can come after a typical tantrum trigger, usually that is not the cause. The other day my daughter was heightened for hours and it was evident that her emotional regulation skills were not anywhere to be seen. I knew it was coming. She just needed the final piece to allow her to explode. Then like magic, she wanted what her sister had and all hell broke loose. Being the overly sensitive and ‘intuitive to her sister's needs’ person that she is, her sister gave it to her. Now if this were a regular tantrum it would be over. But the meltdown was never about that, therefore it didn’t matter when she got what she ‘supposedly’ so desperately needed.

Autistic minds (particularly girls) often spend a lot of the day masking behaviours, ‘fitting in’ and desperately trying to regulate emotions. Environments, social situations and unpredictability are extremely difficult to deal with and as you can imagine days can be very tiring and overwhelming.

A therapist once explained ‘The cup analogy’ to me. When my cup gets full it's not a big deal, as I am able to maintain it without even trying. But in my daughter's case her cup fills up quickly and it doesn’t go down, as her emotional regulation skills do not have the same strategies to cope. It therefore continues to rise and rise until it tips and a meltdown is in turn inevitable.

Causes for autistic meltdowns (water added to the cup) are often caused from environmental triggers and sensory overload.

-Sensory overload or under stimulation

-Inability to communicate and explain needs

How to manage an autistic meltdown?

Over time triggers that heighten emotions are more understood. Parents learn more about emotional regulation strategies and can try to intervene when they sense that their child is becoming overwhelmed. Children will also start to find ways on how to regulate emotions through therapy and ways to ‘cope’ by finding tools and stimming behaviours that bring calmness. Methods are developed to assist in bringing the water level of their cup back down.

Strategies to assist in bringing emotional regulation to lessen or prevent meltdowns may include anticipating the meltdown, identifying causes, minimising triggers and sensory considerations.

-The use of sensory tools. Bringing noise cancellation headphones to shopping centres or having a fidget tool or stress ball for overwhelming situations.

-Having visual supports in place or social stories that prepare and inform.

-Awareness and discussions about changes that may occur in the day.

-Calming routines throughout the day that bring emotional regulation.

-Having plans and/or sensory tools before events or prior to environmental triggers (some may call this an ‘autism meltdown kit’).

-Implementation of a daily sensory diet

-Being aware of not having too much on. Breaks throughout the day are needed.

Meltdowns can look completely different from one to the next and differ from person to person.

While some may be frightening to watch and sometimes dangerous, consisting of physical actions such as kicking, lashing out and biting. Others can be verbal meltdowns through crying, screaming, shouting, swearing with repetitive words or phrases consistently being vocalised. Others can seem less mild but still have the same draining mental effect, this may be through; stimming, pacing, repetitive questioning, asking to leave or avoidance.

It’s important to recognise that meltdowns mean a loss of control; they are not a ‘naughty’ behaviour or someone acting out on purpose. It's essential to give the person having a meltdown the time they need to process. Providing reassurance and showing patience and understanding can do this.

Sometimes engaging in an interesting topic can side track the meltdown a little and occasionally sensory tools can be used to assist. But more often than not nothing will work and the meltdown needs to run its course; which is why understanding triggers and calming before escalating is helpful.

Some tips to try when someone is having an autistic meltdown.

-Stay calm and be patient

-Limit interactions and keep words to a minimum

-Use visuals or hand gestures to help communicate, words can sometimes add to the stress.

-Bring to a safe calm place

-Leave if safe to do so

Autistic meltdowns are essentially a response from being overwhelmed and not having the emotional self-regulation skills to cope with day-to-day normalities. Overburden from sensory triggers, emotional distress, environmental factors and informational overload. It is important to recognise the difference between a tantrum and meltdown to understand and bring much needed knowledge and consideration to the needs of those with autism.