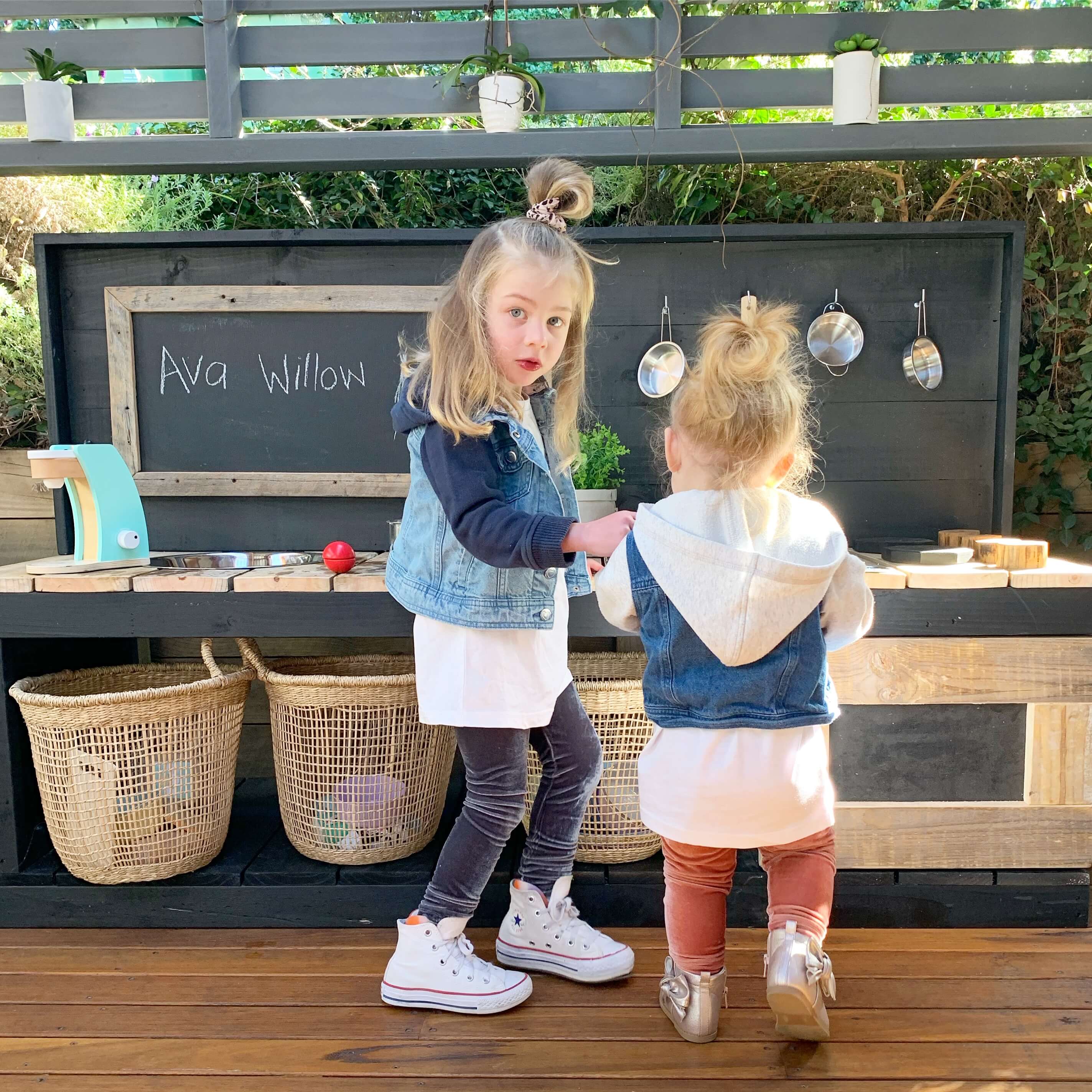 The development of social play skills in the early years is fundamental to help children learn about their world, build friendships and vital for forming healthy relationships. The social etiquettes of play don’t happen during one specific crucial period, it takes a lot of practice and slowly develops as children transition through the different stages of social play.

Children are naturally egocentric when they are younger, the world revolves around them and in their minds, they have every right to want all the toys, have a tantrum when they don’t get their own way and be the only one that is allowed to talk.

We went through a stage (when I say stage it was more like years) with my daughter where she couldn’t handle others talking or sharing opinions. She would literally put her hand up to signal ‘stop, don’t want to hear it’ and she would carry on speaking. Often this is the case for a lot of young children, however my daughter has autism and at 7 has only recently developed some understanding of the patience and skills it requires to engage in conversation. Its still a work in progress with getting her to understand that her two sisters are in fact aloud to talk as well! Autism presents challenges for the development of social play skills.

To understand social play in children and what this means for autism play it is helpful to have a bit of insight into the stages of play. While age often plays a determining role in which stage each child would ‘normally’ sit… personalities, diagnosis and delays can impact how each individual child progresses with play skills.

At age one it can be quite age appropriate for children to throw toys at others to get attention, interact and play. This however is not often the case if at 3 or 4 children are still throwing toys at their peers. At the age of two sharing and turn taking can be quite the confusing process and its ‘normal’ for children of this age to not have learnt the social skills but older pre-schoolers will be expected to have a more developed understanding about these particular social skills.

As children get older a delay in social skills can begin to present. This can be due to their peers naturally progressing through each play stage in turn making it more noticeable that they aren’t.

So, what in fact are the stages of social play?

There are 6 stages that children move through.

-Unoccupied play, which starts from birth.

-Solitary play, where children begin to play on their own with no real concern or awareness of those around them.

-Onlooker play, this occurs when children start to become interested in how other children play.

-Parallel play, children begin to play alongside each other. There is no real attempt to communicate but they are aware of each other’s company.

-Associative play, this is when play begins to become more social and the toys they are interacting with are just as important as the social aspect. Questions start to be asked and although the play is unstructured children begin to work and play together instead of alongside each other.

-Cooperative social play, this type of play typically begins at around age 4 and it’s when children begin to share ideas and toys and follow socially appropriate rules and guidelines.

6 examples of social play in pre-schoolers

My daughter absolutely loves pretend play and imitation and it very much’s helps her to make sense of and understand her world, which can be quite an overwhelming place with an autistic mind. The challenging thing for her is that she struggles with the social aspects. She is fine on her own but when other people’s thoughts and ideas enter the scenario, she finds it very difficult to continue to play.

Children that are of preschool age often engage with others in their dramatic play games, this begins to facilitate the practicing or a range of different social skills. Negotiating, problem solving, communication, imaginative thinking, sharing, respecting, taking on different roles are all used when children engage in dramatic social play together.

For pre-schoolers this skill is often being learnt or has already been mastered in some form, it’s having the ability to understand social norms and that sharing is a key element in social play.

For pre-schoolers this involves things such as relating to how their peers are feeling and being able to show compassion. As an example, if a child accidently knocks over another child’s tower and they can say sorry or help them this shows social skills in this area.

This sort of communication is needed for social play as it allows children to adequality take part in social interactions in games. For example, children may make up a game to play outside in which they have different roles, a child who is able to understand the rules of the game and contribute their own ideas will have well developed social communication skills.

An example of what this sort of play would like is children all uses the same blocks, they are creating their own buildings but are interacting, asking questions, and sharing.

There is no right or wrong way to teach social play skill and essentially it evolves over time as children successfully master each play stage. Social play skills develop over a period and require a lot of practice. It is essential for children to be able to work on social skills from a young age as it will help them to form friendships, understand others and find ways to self-regulate in social situations.