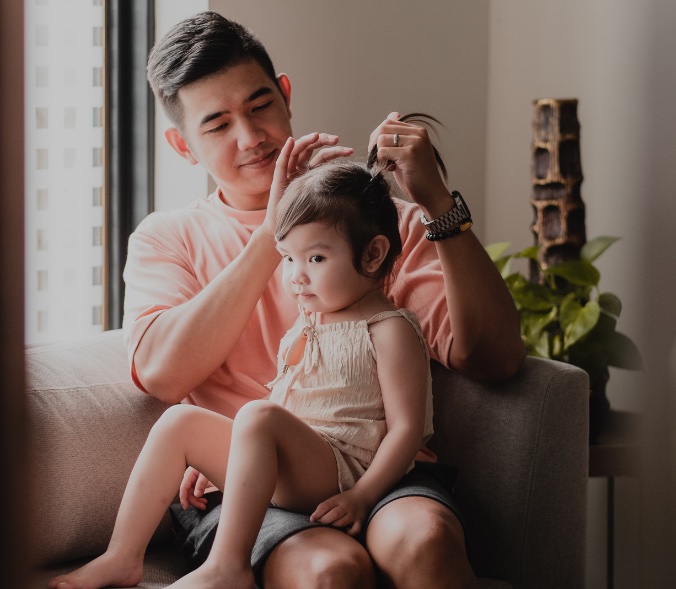 Developmental delay, what is it? Does it mean my child will be delayed in all areas? Will they be able to speak? Will they have friends? The first time you hear those words together will often be from a paediatrician or GP. It’s likely those types of questions are probably instantly circling around your mind, while you try to process what has just been said!

Hearing that there are concerns around your child’s development is never something that you can be ready for. While these words may give an answer for what is going on with your child - they don’t give us the reasons as to why?  Often, it’s the medical experts that we desperately turn to for answers and advice, but during those early stages they don’t really know either.

So, let's run through what global developmental delay is and what it isn’t, addressing the common misconceptions along the way.

Well, it is, and it isn’t. It’s a label that pretty much means ‘that compared to their peers, your child isn’t hitting ‘milestones’ at the same time’. This could include crawling, walking, speaking, holding a cup, drawing, or a whole host of other milestones.

The word global indicates that the delay is in more than one area, 3 or more. This could include fine motor, gross motor, speech, cognitive, play skills and a combination of all of them. Typically, a child will have delays in each of these areas, but not always (just to keep you on your toes and alert, the joys, right?). Rather than being the final diagnosis it's more like a steppingstone leading you to more answers.

While there will be some sort of answer to shed light on why a child has delays - those answers may not be easily determined straight away and require further investigation.

Possible reasons behind a delay could come down to being a genetic syndrome such as Down Syndrome, Prader Willi or Williams Syndrome or one of 1,000s of genetic conditions causing delays in a child. It could also be a delay associated with autism spectrum disorder or cerebral palsy. Often more tests are needed to determine this.

‍
The first question many parents will be desperate to know is, Will my child always be delayed?

In many cases, the answer is yes. But the degree to which these delays persist will be largely dependent on their diagnosis and influenced to some extent by early intervention. Early Intervention is a crucial element to ensure your child can meet their utmost potential. It can include speech therapy, OT, Physical therapy, and other therapies.

For a child with a condition that causes more severe delays, early intervention is not a silver bullet or a magic ‘cure’, but children will still make progress.

There are some cases (depending on condition and intervention) as a child grows the delays will close. This is the minority but is possible. In other cases, the delays may grow and that usually indicates that a child has some level of Intellectual Disability. Usually at a certain age, around 7 or 8, a child’s IQ can be tested, and this will confirm the cause for the delays. If this is the case, they then lose the diagnosis of Global developmental delay, and the diagnosis would change to an Intellectual disability. So, while the delays remain the diagnosis changes as children under 7 are too young to be confirmed as having an intellectual delay.

While the journey may look different, in many cases milestones will be reached. However, instead of them happening alongside that of their peers they will often take the scenic route to get there. Children with delays might need more time and assistance to learn a particular skill.

The degree of the delay often determines what this route will look like. I have found that often Drs and medical professionals tend to give the worst-case scenario. While they will have a good idea of what to expect for the future, no-one can determine what a child will be capable of and what milestones will and won’t be achieved. An amazing aspect of this journey is that the little things very much become the big things, everything is celebrated, and nothing is taken for granted.  You might have a child that is delayed with motor skills and there may be many question marks as to what they will achieve but it won’t take long to realise that ALL the little inch stones that are mastered along the way will often lead into bigger things later.

100% a huge misconception. While it may seem like society places a huge emphasis on mastering milestones and developing skills between an ‘age appropriate’ time frame, you quickly learn that it’s not everything. Your child will have to work harder to develop and master new skills but the way they continue to try, defeat the odds, and surprise everyone along the way is nothing short of amazing. Ableism is a term in which assumes that typical abilities are superior and that anything other than ‘typical’ needs ‘fixing’ but having a delay or a disability does not mean less by any means. Spend time with a child that is defeating the odds, smashing unexpected goals, and conquering therapy and it won’t take long to truly understand that a delay doesn’t mean ‘less’.

That disability is negative

A global developmental delay usually indicates that your child has a disability of some sort – genetic, social, cognitive, or physical. The social model of disability points out that often it is society that is disabling, rather than the condition. For example, a ramp can make a place accessible whereas stairs would make it disabling for those in a wheelchair. When inclusion takes place and our children’s needs are accommodated the world is assessable for all and disability is just a mere difference in abilities.

Raising a child with a disability is harder

This is a tricky one as yes, it can be viewed as ‘harder’ at times. I guess a lot of it depends on your mindset and how you adjust to your new ‘normal’. The truth is raising kiddos is one full on tiresome gig, one in which you all go through harder periods and phases regardless. There have been days in which I may feel a sense of heaviness and sadness about my child’s condition and other days in which I am overcome by joy and gratitude for the wonderful journey we are embarking on together.

I think it’s when you play the comparison game (which is hard not to at times) it can present the differences for your family and the struggles that come with a diagnosis or delay. It’s here when you may have moments in which you feel that your journey is harder. But it’s just wasted energy to compare as every family’s dynamic is different and we just don’t know the battles that others face. Some disabilities can be seen as less visible, and no one knows what each family faces each day.

All you can do is enjoy your child now for exactly who they are without looking too far down the future.

Global development delay has many misconceptions and like any diagnosis it can take some time to accept, wrap your head around and adjust to. You learn how to parent in a whole new way with your child guiding the way, you also realise you aren’t alone and that there are many who have walked the path before you, willing to share their learnt wisdom along the way. Sure, some days can be overwhelming and challenging but it’s a beautiful and meaningful parenting journey.