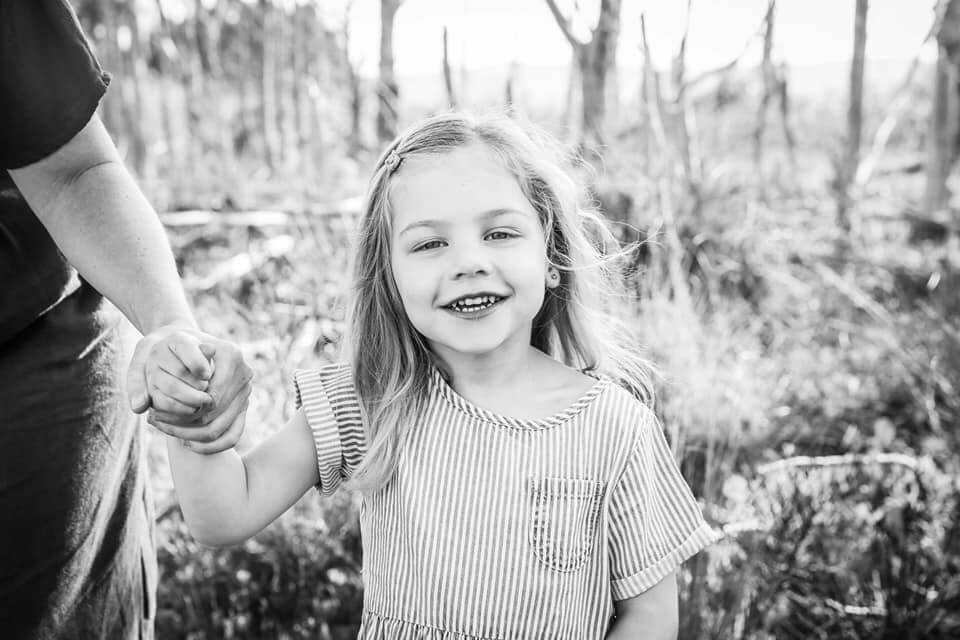 Signs of autism in a 4-year-old

My husband first mentioned that he thought our daughter had autism at around 2.5years old but I completely shut it down. Not because I was in denial, but I had worked in childcare and (thought) I knew all the ‘typical’ Autism signs.

She was just a tricky baby.

She had cerebral palsy and challenging behaviours obviously stemmed from that.

Yes, she was clingy, but my eldest daughter was also very attached to me.

Any possible autism symptoms were just normal for her age anyway.

Nope, no possible way. He was just overreacting.

By around 2.5 years of age there were ‘red flag’ behaviours that started appearing.

Why did she struggle so much transitioning to and from places?

Why were her tantrums so intense? What was she even upset about?

While I still wasn’t convinced she had autism, I knew I needed some guidance to better understand her and help with behaviour. I booked in to see a behaviour psychologist and a few months later we finally got our appointment. Initially it was just myself and the behaviour psychologist, 2hrs of discussing all things behaviour while I answered a long list of questions. By the end of the appointment she said, “without even meeting your daughter I am 95% sure she has autism”.

Well there you go, turns out I was wrong and funnily enough it all made sense from that point on.

Autism (ASD) is a neurological condition that affects how a person thinks, feels, interacts with others and experiences their environment. It’s a lifelong developmental disability that can cause significant social, communication and behaviour challenges. ASD affects people to varying degrees. Some people are mildly affected and do not need much assistance to function in their daily life, and in some cases grow to live independent lives. While others are affected more severely and require significant support for their whole lives.

There is no cure for autism but there are many services and supports available that work on different skills and difficulties. Each person with ASD has a unique set of strengths and challenges and therapies will look different for everyone, as do signs and symptoms.

How do I know if my 4-year-old has autism?

So, you have found your way to this blog, therefore are more than likely wondering if your child has autism. Perhaps your child’s teacher has mentioned an ‘autism flag’ or you are concerned about your child’s behaviour and are curious of what the early signs of autism are?

While I am no professional in the field, since my daughter’s diagnosis I have learnt and researched a lot along the way.

Autism can be diagnosed as early as 12-18 months but typically it gets diagnosed much later at around the 3-4-year mark. This is mainly due to signs and behaviours being developmentally appropriate for babies and indicators not always being apparent in toddlers. It can be quite difficult to tell. It wasn’t until my daughter got her diagnosis at around 3.5yrs that I looked back and had my ‘oh it all makes sense now’ moments.

The reality is ASD is a spectrum meaning that there is a wide range of symptoms and severities. Each individuals’ symptoms will present differently to the next. In a broad sense normally, there are social and emotional challenges, restrictive and repetitive behaviours and difficulty with language and interactions.

To my surprise I was told my daughter had a language delay at around 18months old. I was surprised as can’t it be normal for children that age to be a bit delayed in language? She regularly sees therapists due to her cerebral palsy diagnosis, so I guess we were lucky it was picked up so early. 6 months of weekly speech appointments and she well and truly caught up, so much so that she is now well above average for speech compared to her peers. Apparently, this can be common in ASD; to be delayed and make a significant catch up… on the flip sign regression can be equally as common.

Other symptoms linked to language and communication that can be present in a four-year old may include:

-Repeating words and phrases over and over

-Does not answer questions

-Less likely to initiate a conversation

-Does not respond to name

-Talks in a singsong voice or with a baby tone

-Difficulty in a two-way conversation

Ever since my daughter was young, she just didn’t seem to like large crowds. Social events with friends were just hard and the older she got the more I noticed she didn’t seem that interested in playing with other children. She was more comfortable with adults or just being alone.

The social skills aspect of an ASD diagnosis may not become more apparent until school age. Symptoms that a 4-year old may present in regard to social skills are;

-Not interested in playing with others or making friends

-Can not be soothed or comforted

For as long as I can remember my daughter had a strong obsession with dolls, normal though right? There was just something about how she played with them and playing with dolls always ended up in a meltdown. As she got older, I started to realise that her doll play had to be completely specific and repetitive. For example, she was fixated on putting them to sleep over and over again. If the blanket had any creases when I wrapped her baby, she just couldn’t cope. Things had to be perfect!

Signs or restrictive and repetitive behaviours in a 4-year old may be;

-Plays with toys the same way every time

-Very interested in only certain things. For example, watching the same movie over and over again

-Gets upset and frustrated by small changes

I remember feeling so baffled as to why whenever we went somewhere whether it be an appointment or a playdate etc that my daughter almost always ended distressed in a fit of screams and tears. More often than not she was always more than ready to come home but getting her to the car and the car trip home was full of crying and intense behaviours.  Then meltdowns once we were home. I soon learnt that her autism meant that it was hard for her to transition to and from places. That being out and about meant a lot of sensory triggers, it was exhausting for her to deal with that let alone be social so by the time we left anywhere she was well and truly over it.

As mentioned, there are many different signs and symptoms, here are some general everyday challenges that may be present in a 4year old with autism;

-Everything has to go their way

-Shows a lack of fear or a lot more than expected

-Struggles moving on to new things

Investigating and wondering if your child is showing signs of autism can be a very overwhelming and daunting experience. So much uncertainty and fear about uncharted territory. The most important thing you can do is to seek advice from a professional. This usually involves speaking to your doctor or specialist and they will normally refer you to a Behaviour psychologist, Occupation therapist or Speech therapist and the diagnostic evaluations will begin from there. The earlier a child is diagnosed the better, so follow your instincts. Early intervention and support systems will not only make your child’s life that bit easier, it will bring you understanding and assist in guiding your parenting journey.

Seeing the world through my daughter’s eyes has been a fascinating and extraordinary experience. I would be lying if I said that an autism diagnosis didn’t present many challenges but she is unique, quirky and remarkable and I wouldn’t change a thing about her!