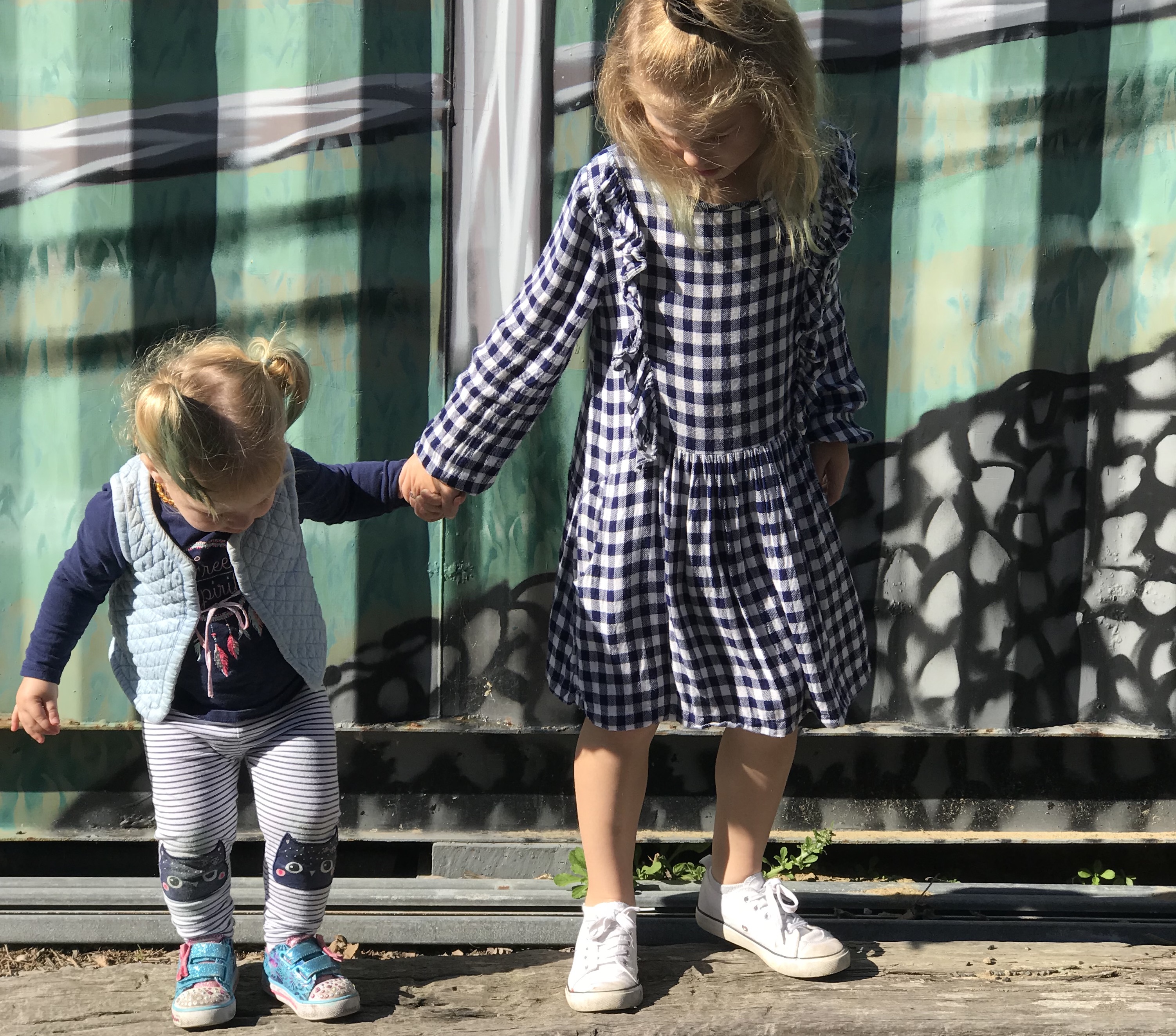 My daughter was diagnosed with cerebral palsy (CP) at 7 months old, so we were surrounded by early intervention services right from the beginning, which I am super grateful for. When she was about 16 months old her Occupational Therapist mentioned how she was going to have a speech therapist observe one of the sessions. I didn’t really think much of this at the time, I just figured that it must be something to do with her CP.

At the end of the session, it was mentioned that she would also need to start to receiving speech therapy. I remember feeling angry and confused and it was at the tip of my tongue to burst out ‘what the bloody hell for’, it was strange, but I felt defensive about it and kept assuring them that she does make sounds and tries to say words. She was still a baby, what was the big deal? I guess it hurt knowing that she already had to work on so many things with physio and OT, that was already overwhelming enough. It was difficult to hear that there was more!

The thing is language and communication is quite the broad topic. It’s not just about young children being able to babble, then say one word, to two words phrases, to then graduate to sentences and so on. It’s much more complexed than that. Children can understand language (receptive language) before they produce it (expressive language) and I guess the speech therapist noticed that my daughter was not doing this, she was delayed in her receptive language skills.

What is receptive language?

Receptive language definition in a nutshell, is all about how a child understands language.

Being able to gain meaning from information (language, words, sentences, sounds) in spoken or written language. At two years of age this is something that is still evolving but as an example a two-year-old may hear the siren of an ambulance and can connect some meaning with that sound. If you give a 2-year-old a simple instruction like ‘get your drink bottle’ most of them will understand this instruction and be able to follow it.

A delay in receptive language could possible mean that a child has problems with language comprehension and may often also have an expressive language disorder. This means they may also have difficulty expressing their needs and wants.

When I worked as an Early Childhood educator, I used to love reading stories to the children. However, the 2–3-year-old room could prove to be a bit tricky at times. You would have half of the children (often the older ones) who would be super engaged, like ‘eyes glued to the book mouths wide open frozen’ type engaged. Then in contrast you would have the other group, moving around like they had ants in their pants, looking around the room and interacting with their peers. Not even my (self-acclaimed) super dramatic amazing story telling voice could keep them engaged in the whole story.

It’s important that children can follow instructions so they can function effectively through different environments. It can help teach independence, assist with learning new skills, develop friendships and overall, it is simply an important life skill (not to mention makes parenting a hell of a lot easier!). At two years of age, I think it’s reasonable to assume that the ‘following directions’ skill is still very much a work in progress. But, often majority of children will be able to follow basic one step of even two step instructions. Simple requests like ‘Put your teddy in your room’, or ‘Put your teddy in your room and get your shoes’ could be followed or at least understood (sometimes our darling little treasures simply don’t want to follow our instructions – and this my friends is a whole different ball game!). A child with a delay in receptive skills may come across as they have hearing issues or are a bit defiant, when in fact they simply aren’t able to comprehend and gain meaning from the verbal instruction.

There have been many times that I have asked a young child a question and they simply look at me with a blank stare and then get on with what they were doing. Often, especially at age two it can be assumed that they aren’t sure what the hell you are on about…but this isn’t always the case. For children with language delays, they may struggle with what you’re asking. If expressive language skills are delayed, they may also have difficulty finding words to answer. Even if they do not have the vocabulary to put together sentences, children with receptive skills can answer through gestures and actions. An example of this could be…a teacher asking young children “Who brought in a picture of their family from home”. Little Johnny might reply ‘I did’, whereas his mate Max might go to his bag and bring his picture to his teacher. Both have shown receptive language skills.

Gestures play a fundamental role in how young children learn about communication. Gestures can demonstrate the meaning behind the word they represent and they play an important role in helping us learn and remember. For example, if I said to a young child ‘I have a dog’ but I also used my hands to symbolise it was a big dog. Children with well-developed receptive skills could probably make the connection that I have a big dog. Understanding gestures will help children make connections with the spoken word, it makes it more concrete and literal.
You could say to children ‘Put the blocks away’ some children may understand this direction. But if you also signal where the blocks go this could mean that even more children understand. If a child is unable to recognise basic gestures this may impact their receptive language skills.

I’ve noticed that sometimes children with delayed receptive language skills also have poor eye contact. This connection could be that they don’t understand what someone is saying and feel overwhelmed by that so zone out.

Receptive language skills are a pretty important element that assist with social skill development, as it can affect their ability to interact and communicate with their peers. At the age of two social skills are still very much emerging and developing so it may be difficult to distinguish if a lack in social skills is linked to language delay. At this age it may be that they don’t want to be around other children or have difficulty interpreting and understanding what peers are communicating to them. This will then affect their social play skills.

There are a variety of tests that can pick up if your child has a delay in receptive language skills, such as hearing tests and language comprehension tests. If this is an area of development that causes you some concern your best bet is to probably get in contact with your GP or paediatrician so they can point you in the right direction of services to assist. Working on skills such as attention and concentration, vocabulary, figurative language, comprehension, and ability to follow instructions are all ways to assist with developing language skills. A speech language pathologist would be who could assist your child in this area.